Building an arena is one of the biggest investments a barn owner can make to improve his or her facility. Done correctly, an arena can provide incredible benefits to boarders and open the door to many other revenue generating ventures such as on-site shows, year-round lesson programs, horse camps, and professional clinics.

On the other hand, insufficient time and effort spent in the planning phase can turn every barn owner’s dream into a daily nightmare. The number one consequence of poor planning is extra costs (sometimes significant costs) caused by unforeseen difficulties and delays in construction. Poor planning can also result in common issues such as improper drainage, poor visibility while riding or spectating, uneven base structure, and long treks hauling water and equipment to and from the arena. At the end of the day, these issues may make you feel like building and maintaining your arena is more hassle than it’s worth.

So, how can you prevent these issues? There’s no magic wand to prevent any and all challenges that arise, but you can definitely increase your chances for a smooth and successful arena build by making sure to check off a number of key considerations first. Here are our top questions to consider when conceptualizing your new arena.

1. What is the best time of year to begin construction in my area?

Quality arena builders are often booked 6 or even 12 months out at any given time. This means you need to get on their schedules well before you plan to break ground, ESPECIALLY if your area has a limited time when weather is ideal for construction. The best time for arena construction varies by state, but in general you want fairly soft ground that is not too frozen, muddy, or bone dry. You also want to aim for a time of year when the weather is more consistent and less likely to cause sudden delays due to high winds, freezes, or heavy rain. If your builder has constructed arenas in your area before, they should be able to give you more specific guidelines on dates than you might guess on your own, so make sure to include them in this discussion. For more area-specific advice, contact a TruTex specialist.

2. What is the best location for my arena on my property?

This is arguably the most important and most complex question for any arena build, so let’s break it down a bit. There are a number of factors you need to consider to pinpoint the best arena location on your property. Ideally, your new arena will be:

It is always a good idea to book an in-person consult and have your builder come out to your property ahead of time to review possible arena locations. Specialty arena builders often cover large areas, which means fees to cover travel expenses and consultation is common.

For your consult, be prepared with a map of the locations of all utility sources, pipes, and outlets that may help or hinder your arena build. Your builder can also take that time to map out areas where any necessary construction equipment can enter, park, turn around, and exit. It is not uncommon for surrounding grassy areas to get a little beat up during arena construction, but our builders are always willing to work with barn owners to include lawn reconstruction as part of the build budget. Some barn owners even take advantage of the “destruction” to install new gravel parking lots, trailer turn-around points, or viewing areas.

3. What size should my arena be? And what direction should it face?

Since arenas are often priced by square foot, it is easy to see how arena size is the biggest factor in determining the total cost of a new arena installation. As such, people in the low to mid budget range will sometimes decide to just build as big of an arena as they can afford. However, the most important thing to keep in mind when deciding arena size is the riding discipline(s) that will be practiced in the arena.

The hunter/jumper disciplines require significantly larger arenas because the horses need sufficient space leading up to and moving away from a variety of jumps (ideally at least 8). Standard jumper arena sizes start at 20,000sqft. (100ft x 200ft) outdoors and 14,000 sqft. (100ft x 140ft) indoors. However, for the highest levels of jumping competitions, outdoor arenas must be at least 28,000 sqft. and indoor arenas must be at least 20,000 sqft. Larger arenas can also be split in half temporarily to provide separate lesson/boarder spaces or competition/warm-up areas.

As for the arena’s orientation, the most important factor to keep in mind is the rise and fall of the sun. In general, the best outdoor arena orientation is north to south. This will prevent riding into direct sunlight on the long sides. Keep the sun’s position in mind for judge’s boxes or arena viewing stands as well. On the other hand, for an indoor arena, you may want to have it facing east to west so you can enjoy windows on the arena’s long sides without suffering from glare.

4. How will I keep my arena well-hydrated?

Water. In addition to proper arena groomers and basic cleanliness, water is the most critical element to keep your arena performing at its best for years to come. However, it is also one of the trickiest elements to get right, especially for outdoor arenas. Unless you are going to invest in waterless arena footing, you are going to need a way to get hundreds of gallons of water pumped evenly across your arena surface on most days (depending on rainfall and local climate).

With smaller arenas, you may be able to get away with a 500 gallon water tank trailer. However, a larger competition arena will require much greater tank capacity. For small to mid-sized arenas, one option is to build an irrigation system over or around the arena itself (e.g. sprinklers). However, the downside is sprinklers often water unevenly and are prone to freezing or rupturing with sudden weather changes. For a more effective and reliable solution, consider subsurface irrigation, such as the Capillary Flow Arena Irrigation System, which moves water up and down through the footing as necessary to maintain consistency.

Finally, to reduce watering frequency, you can also invest in arena base mats such as the Equibase OT40 system, which sit in between the footing and the base. OT40 base mats feature a dual honeycomb design that allows for even water drainage and storage across the entire riding surface.

If you live in a very dry environment or simply do not want to have to deal with the complexities of irrigation, consider investing in a salt product such as MAG (magnesium chloride pellets) for indoor arenas or a waterless footing additive, such as Synergy™ by TruTex, that works both outdoors and indoors and in less humid climates. 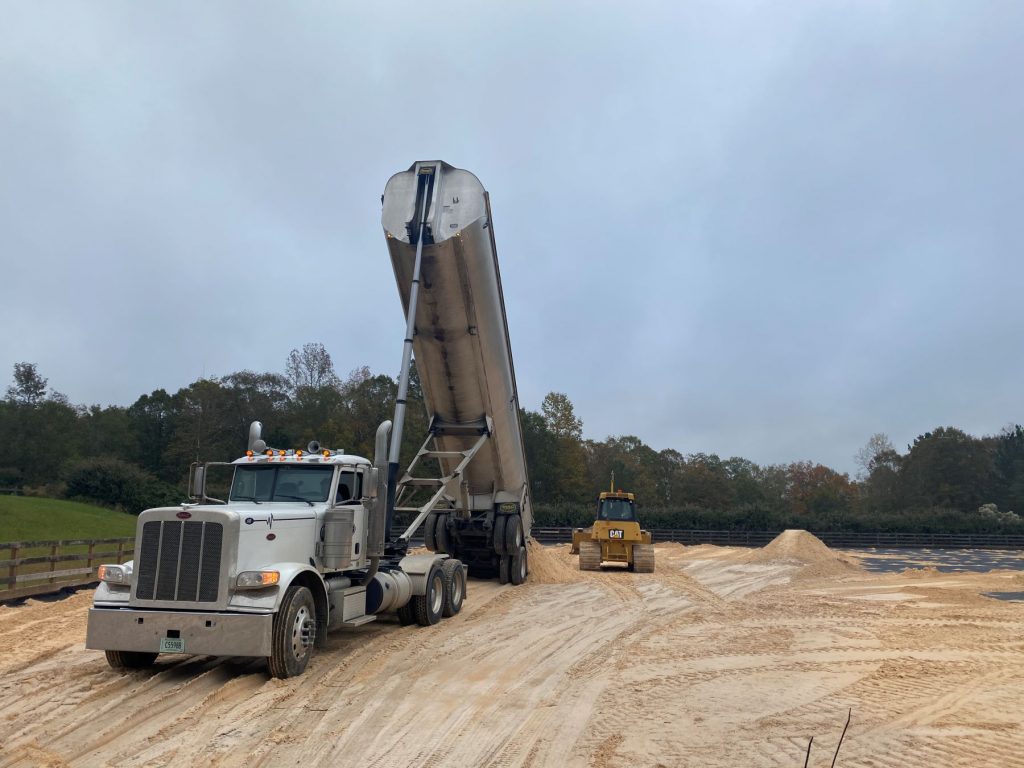 As you can see, there are a lot of factors that must be taken into account by both barn owner and builder with each new arena build. In fact, it is not uncommon for the planning phase to take 6-12 months while the actual arena construction only lasts 2-4 weeks. That is because a thorough and well-considered plan minimizes delays and maximizes success. If you want a builder who will be with you from conception to completion and who will work to make the process fun and exciting (as opposed to stressful and harrowing), then join the hundreds of barn owners who have put their faith in TruTex for their arenas.

How to Get Started

The first step is to consult with a TruTex arena specialist to discuss your arena objectives, timeline and budget. We will walk you through the process step-by step and once we have a better understanding of your goals and proposed arena location, we can determine the best arena builder for your needs and get to work on a more detailed quote. 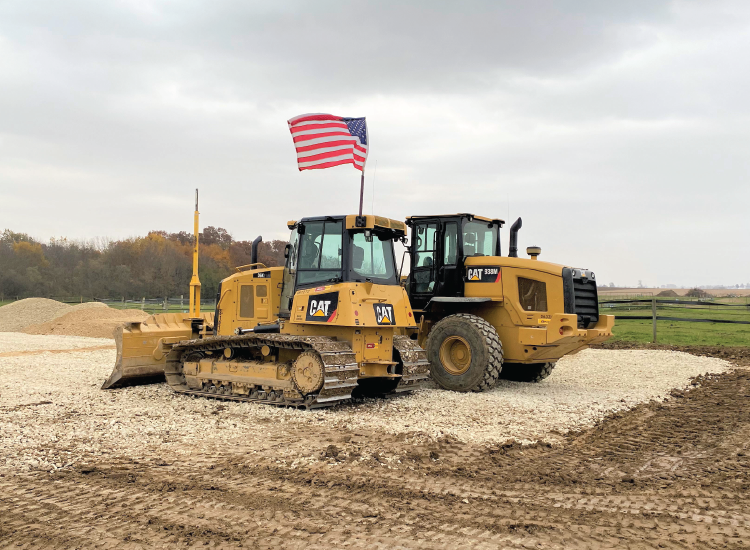 What is the Best Footing for Dressage Horses?

How to Evaluate your arena footing

How to Choose The Right Horse Arena Sand Depth for Jumping